The Method of Electrolyte Injection for Lithium Battery with Vacuumizing Function

The lithium ion in the electrolyte and the positive and negative active substances form an ion path.  And the electronic path and the ion path jointly form a circuit. So as to achieve the purpose of normal operation.

With the increasing demand of lithium-ion battery, people have higher and higher requirements for its performance in all aspects.  Especially for the cycling performance of the battery.

The amount of liquid injected into the battery is an important parameter to ensure the cycling of the battery.

Although there are also two kinds of automatic electrolyte injection machines in the existing technology. They are the forward injection type and the vacuum reverse suction type.

The vacuum reverse suction type has higher requirements for the sealing of the equipment pipeline. And the sealing conditions are strict. And the forward injection method also has technical problems.  They are difficult to control the injection accuracy.

And the existing liquid injection machine is usually used to inject liquid in the atmospheric environment.

If the water content in the atmospheric environment is high.  The water in the atmosphere will react with the solute lithium hexafluorophosphate to generate hydrofluoric acid.  It has a great impact on the electrochemical performance and safety performance of the battery.

And then can’t find the unqualified liquid injection and equipment problems in time.

As well as the existing liquid injection machine, which does not have the sealing function.  The lithium battery after liquid injection needs a special sealing machine for sealing.  And the production efficiency is low.

It  seals the battery after liquid injection, and automatically completes the battery sealing, with high production efficiency. 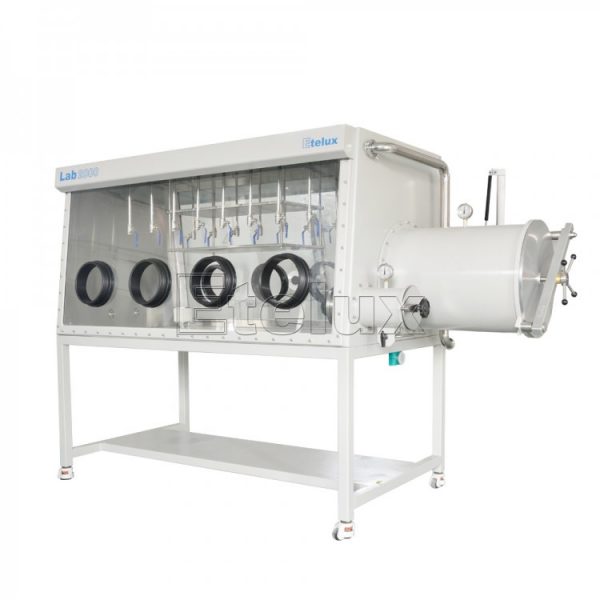 This Inert Controlled Electrolyte Filling 8 Glove Glovebox System are complete standalone systems integrated with entire functional components. They are able to create an inert environment with less than 1 ppm of H2O and O2. The systems are modulated with antechambers, removable windows, adjustable trays, lighting units, adjustable shelves, and gloves, which meet most of the operational needs in the glovebox. The systems are made of welded stainless steel and are equipped with highest-quality components. We also provide optional components to meet your special requirements.

close
close
Start typing to see products you are looking for.